Oregon is taking a big leap in an effort to mitigate the housing crisis and support affordable housing in popular cities. Here is what you need to know about the... 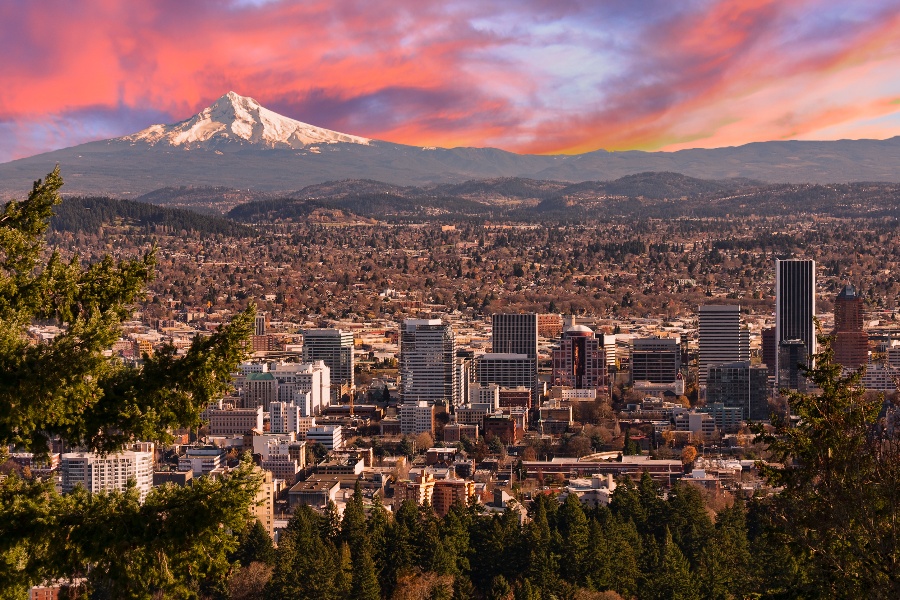 Oregon is taking a big leap in an effort to mitigate the housing crisis and support affordable housing in popular cities. Here is what you need to know about the changing landscape of zoning in suburbs and populous cities in Oregon.

About the Law Passed

In June the Oregon Senate gave final legislative approval for a bill that eliminates single-family zoning in large Oregon cities. The House passed the Bill 2001 by a 17-9 vote. Bill 2001 allows for duplexes, triplexes, fourplexes and “cottage clusters” on land previously reserved for single family houses. The housing now allowed in areas once zoned for single-family housing is referred to as the “missing middle” housing that should prove more affordable for middle class residents in Oregon communities. In Oregon this legislation applies to cities with 25,000 residents or greater, and in the Portland metro area, it applies further to cities and counties with 10,000 residents or greater.

It is important to note that this is not a ban on single family homes but an allowance for other building types in residential and heavily populated urban cities.

What Is This Bill Attempting to Solve

This bill is an effort to address the rising housing costs by increasing the supply of smaller homes in desirable locations. In an article written by NPR about the newly passed bill, the House Speaker Gina Kotek, who championed the bill, said this bill was more about choice. “This isn’t about single-family homes. This is about choice. This is about the future. This is about allowing for different opportunities in neighborhoods that are currently extremely limited.” This bill is seen by many in Oregon’s legislative branch as a way to shift the needle and allow for more affordable housing in populous cities across the state.

What Does This Mean for the Future

In the future it is predicted that additional cities will pass bills similar to the one adopted in Oregon. Already, Minneapolis has passed a bill allowing triplexes in neighborhoods and California is debating the best way to adopt practices similar to Oregon in order to relieve the housing crisis faced by the state.

Communities and agencies that are now under the newly passed House Bill 2001 can expect some changes. Approximately 2.8 million residents will be affected by the new legislation. With House Bill 2001 there will be increased diversity in housing types in many communities. Agencies affected by the bill will have to restructure zoning ordinances, adjust community development plans, and amend permit regulations.

Today’s legislative bodies and government agencies are continually looking for new ways to address issues plaguing economic, environmental, and housing topics. If the implementation of House Bill 2001 is successful the state will have a new way to ease the strain on middle class families in populous areas across the state.

STAY IN THE LOOP