Three Ways to Keep the Trust that Citizens Deserve

Three Ways to Keep the Trust that Citizens Deserve

About the Author: Charlie is a retired municipal finance director. He has more than forty-five years of local government financial management experience in both the public and private sectors, including twenty years of experience as a city Chief Financial Officer. Charlie now consults with GovTech firms, helping them build and deliver software that enables local […] 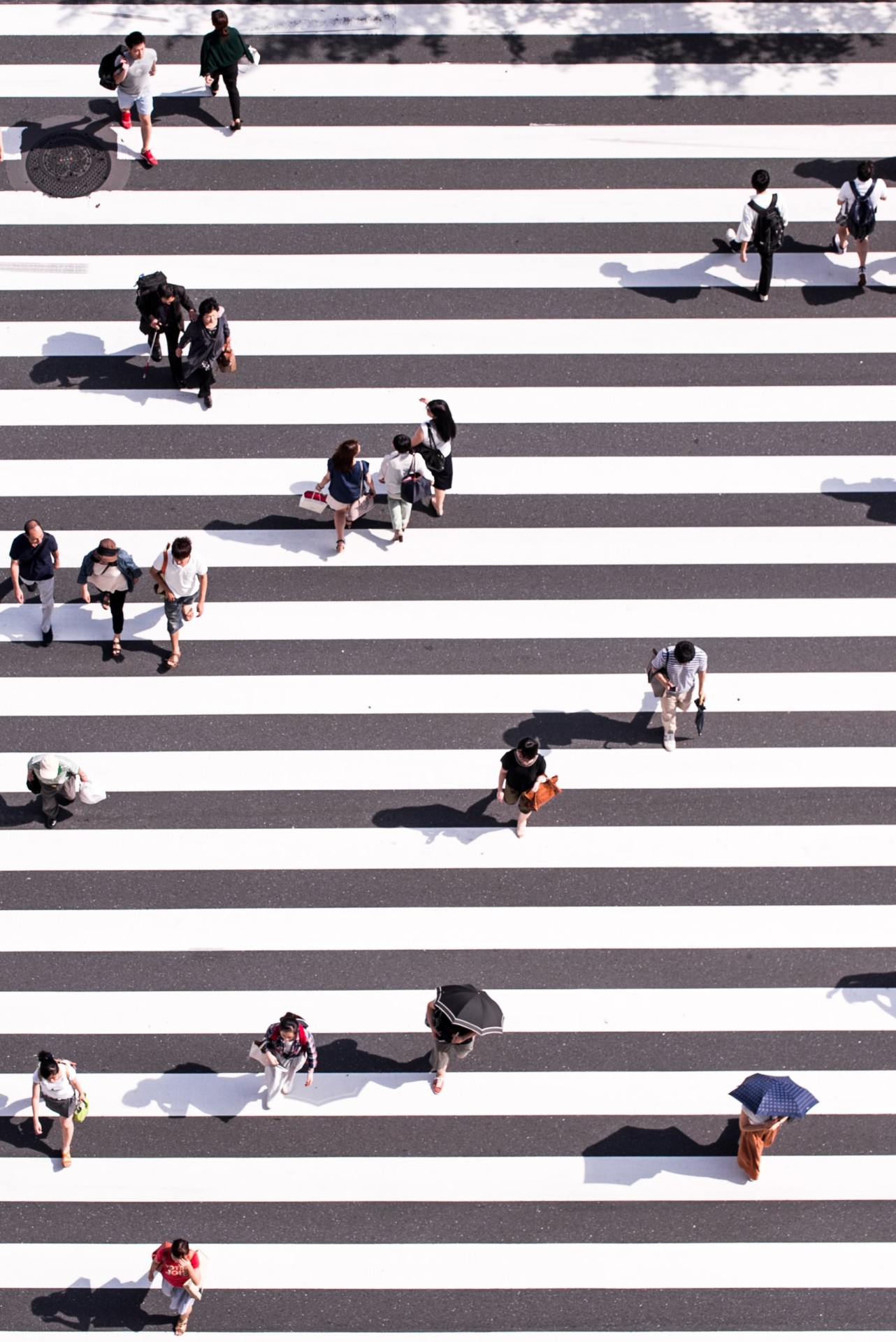 About the Author: Charlie is a retired municipal finance director. He has more than forty-five years of local government financial management experience in both the public and private sectors, including twenty years of experience as a city Chief Financial Officer. Charlie now consults with GovTech firms, helping them build and deliver software that enables local governments to be more efficient, effective and strategic in their financial management.

Look at this Venn diagram and the intersection of Transparency, Accountability and Technology. That intersection is at the heart of what is needed most in government, and that’s TRUST.

Why is this so important? Your citizens have an implicit trust in your local government, and our obligation as public officials is to keep, sustain and enhance the trust that your citizens deserve and have placed in you.

Imagine running an aquarium. You want to fill it with the right complement of fish: some that are colorful, some that naturally clean the tank, some that swim near the surface and some that hang out inside rocks or pirate skulls. Now, imagine if you tried to get new fish, but they all arrived in solid, metal boxes. You would have no idea what you were paying for or how it would impact your fish tank. Maybe you just bought a beautiful goldfish, or maybe you just bought a piranha.

Governments work in a similar way. Citizens pay taxes that fund government programs and services. But, if you cannot see where your money is going, how do you know if you are getting something that will be beneficial for you? Are your taxes being spent on a goldfish of quality health, safety and welfare programs, or on a piranha of favoritism and unfair social programs?

The solution to this problem is to only buy fish in transparent containers, so you know what you are getting.

I know this is a less than perfect metaphor. We’re talking about government transparency, the idea that the people have a right to know what their government is doing, and the government has an obligation to provide that information. Transparency can be the difference between a functioning democracy and bringing sharks into the fish tank.

So here are four strategies for providing transparency:

1. Make sure you have and are communicating similarity in values with your citizens.

Citizens trust government officials who share their values. Local government leaders need to demonstrate values that are shared with a broad group of people to maximize trust. A good starting point may be values related to integrity, openness and fairness.

When we listen to citizens in a way that demonstrates thoughtfulness and compassion, we are perceived as more worthy of trust.

Make your decisions on accurate information.

Reasonable people can disagree, but they are more likely to disagree when they base their views on different sets of facts. I used to refer to my transparency site, the City’s web portal where citizens could access interactive financial information, as the single source of truth for government finance. In fact, my Mayor once said that if the numbers could not be found on our transparency site, they were probably made up! Or taken out of context!

For example, a government should define criteria for how budget-funding decisions will be made and apply those criteria to all departments.

Make sure that all affected stakeholders are given the opportunity for input.

Finally, let us recognize that mistakes will be made, and take corrective action.

Acknowledge the risks that the decision may not work out as hoped. This shows that leaders considered the weaknesses of the chosen option. You should also have a transparent means of evaluating outcomes, as well as a process for correcting mistakes.

3. Citizens must be allowed to scrutinize government work.

This demonstrates competence by allowing citizens to see how government is performing. Also, the act of making performance data available sends a signal that the government values openness and integrity.

If citizens can see that decision-making process, for example, the budget that is full of hard choices, often with no perfect solution, they may empathize more with public officials.

A local government has three fundamental responsibilities that are essential for accountability:

Let us look at some innovative approaches to accountability.

Accountability has to do with doing the right things and doing things right. What are some accountability mechanisms? Reporting, auditing, focusing on inefficiencies, waste and poor performance – right? Sometimes, these negative approaches to accountability, well, they stifle a government’s ability to adapt, improvise, innovate and deliver continual business process improvement.

Technology gives us the ability to combine traditional accountability approaches – reporting, auditing, etc. – with helpful feedback from community and agency members. This allows for an agency to identify in real time what is working in the agency and what processes need improvement.

So, there are three innovations in accountability – all based on technologies that have become widely available in the past decade – that can assist your agency in creating a transparent accountability process.

Due to advances in information technology, the performance of an organization can now be monitored in (near) real time. This makes it possible to learn from the information and make changes along the way to ensure that the delivery of public services stays on track.

This form of accountability is based on open data systems that allow citizens and stakeholders to use the data to hold governments accountable. The use of social media to communicate with citizens and keep them informed and involved is a variant.

This third new form of accountability comes from citizens who “use their own observations and data to summon authorities to act or hold them accountable for their policies.” Again, the wide availability of crowd-sourcing technologies has contributed to the growth of this form of public accountability. Social media gives citizens who feel they have been wronged a chance to be heard, and government officials the chance to make amends, learn from their mistakes and hopefully prevent similar errors in future cases.

Citizens not only hold government to account, but they also play a major role in dealing with social problems. So, while the traditional forms of accountability will likely persist, the new forms may provide a more constructive approach to problem identification and solutions.

Americans have historically had a higher level of trust in their local governments than their state and federal governments. It’s essential to keep that trust high when fiscal pressures are mounting, and social tensions are rising! Technology is the bridge to sustain and improve transparency and accountability. A key element of successful technology for transparency and accountability efforts is speed. Speedy execution and speed in stimulating change. Well-designed cloud technologies can produce relevant information that can be used to share information and demand accountability quickly:

Technology permits local governments to unleash the full potential of community engagement by combining online and offline methods. With technology, local governments can reach a more diverse audience, e.g., young parents who do not have time to come to the town hall can participate online once their kids are in bed or the retired couple who can speak on the topic of interest to them in an offline workshop through email.

Take into consideration adding technology to your transparency and accountability initiatives by:

Live streaming is an easy and cost-effective way to boost engagement. COVID-19 has accelerated its popularity because all you need is a solid internet connection and a good HD camera or phone.

Live streaming is a powerful tool for citizen engagement because it combines transparency and interaction. The citizens really appreciate being able to see what is happening during town hall meetings. They feel more involved because they can interact directly with politicians by providing real-time feedback. For example, citizens can ask a question about a project and get an immediate response in their video comments or direct messages. Citizens can also interact directly with each other, which helps to create a sense of community.

Online and offline participation methods can be mutually reinforcing, especially when they involve the same projects. City councils can post minutes of their offline meetings on their online platforms and allow citizens to share their thoughts. Likewise, ideas or opinions from an online platform can serve as a starting point for offline debates. Compared to offline platforms, online platforms reach a larger and more diverse audience and allow cities to gather a wider range of ideas.

Recently, a global pandemic has forced us to rethink how we come together, including in a political and participatory context. To ensure democratic continuity, many offline methods of communication have found a new place in the online world. The proliferation of online workshops is a positive manifestation of this development: they allow cities to organize live video meetings, facilitate group discussions, collect contributions and votes, and reach consensus, such as they would do it offline.

In conclusion, look at the Venn diagram above one more time. At the intersection of transparency, accountability and technology is Trust!

Simply put, trust in government is the glue that keeps our local governments and citizens together, and as the oil that lubricates the public policy machine.

STAY IN THE LOOP